by Ramona Zabriskie | Aug 5, 2016 | Building a Partnership, Helping Him Find a Dream, Inspiring Him, Leaving a Legacy, Living With a Man, Surviving the Tough Times, Why Marriage 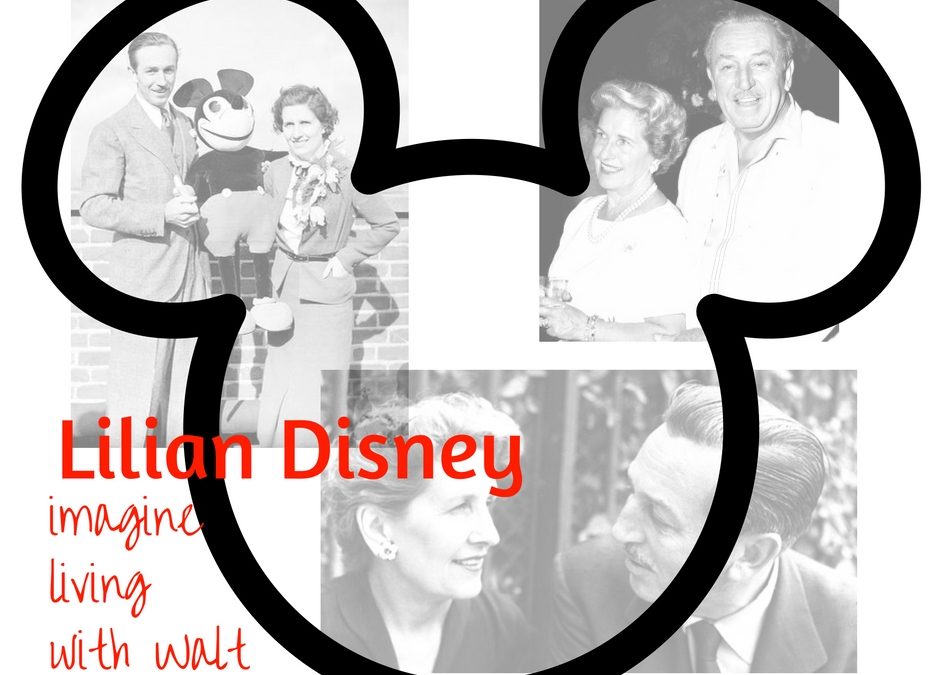 “She was a very special person. You couldn’t help loving her and you’d never forget her … or her hearty laugh.” Roy E. Disney, nephew

While watching American Experience: Walt Disney on PBS a few months ago (rebroadcast coming up on Sept. 14 & 15), one story about Disney among the fascinating dozens, stood out to this Wife for Life:

…a mouse-size clue to her lion-like influence.

She and He met at the Disney Studio in the early days when Walt’s dreams were still formulating. She was a humble stenographer turned ink-and-paint-girl, turned secretary, turned wife: yet he sought out and valued her listening ear and feedback from the start and all the way to his death. The Disney dream of course, did not end with his passing; it lived on — even grew — as did Walt and Lillian’s partnership. For 31 additional years she served as his torchbearer, ensuring that Walt’s work and dreams were memorialized.

Imagine (no pun intended) how challenging their 41 years together must have been for Lillian: how breathtakingly daring to support crazy ideas; how scary to agree to the sacrifices, how disheartening to live through the disasters, how aggravating to put up with the obsessions, and how exhausting to deal with the weaknesses—which, of course, must have been larger than life.

Lillian Disney obviously passed her own version of the Wife for Life “Dream Maker Q&A”:

And she knew, or came to know, the secret of powerful wives throughout time: to cherish the man but not his quest is virtually impossible. Confidence in the one is faith in the other.

Here’s a little quiz for you. The following are a snippets from online biographies about the Disneys. See what you can learn from Lillian’s example by identifying the most relevant principle(s) from Wife for Life: The Power to Succeed in Marriage. (The number in parenthesis following each quote refers to the source.) Articles on other Grand Marriages:
What Makes This Woman a Wife for Life?
Our Love Will Last Forever: Jerry and Elaine Orbach
What’s In a Kiss? Nancy and Ronald Reagan
Vision, Grit, and Love: Russell and Dantzel Nelson

Ramona Zabriskie, a wife of 41 years, is the multi-award winning author of Wife for Life: The Power to Succeed in Marriage and the celebrated marriage mentor and global educator of the 5-star WifeSavers Podcast, the WifeSavers Education Membership, and the acclaimed one-of-a-kind virtual school for women, Wife for Life University. Turn your marriage around in a thrilling way with her new free ebook, 5 Lies We Tell Brides and 5 Truths That Save Wives.
Share132
Tweet
Pin4
136 Shares