My Husband Needs Me: Three Secrets Inside the World’s Best Kiss 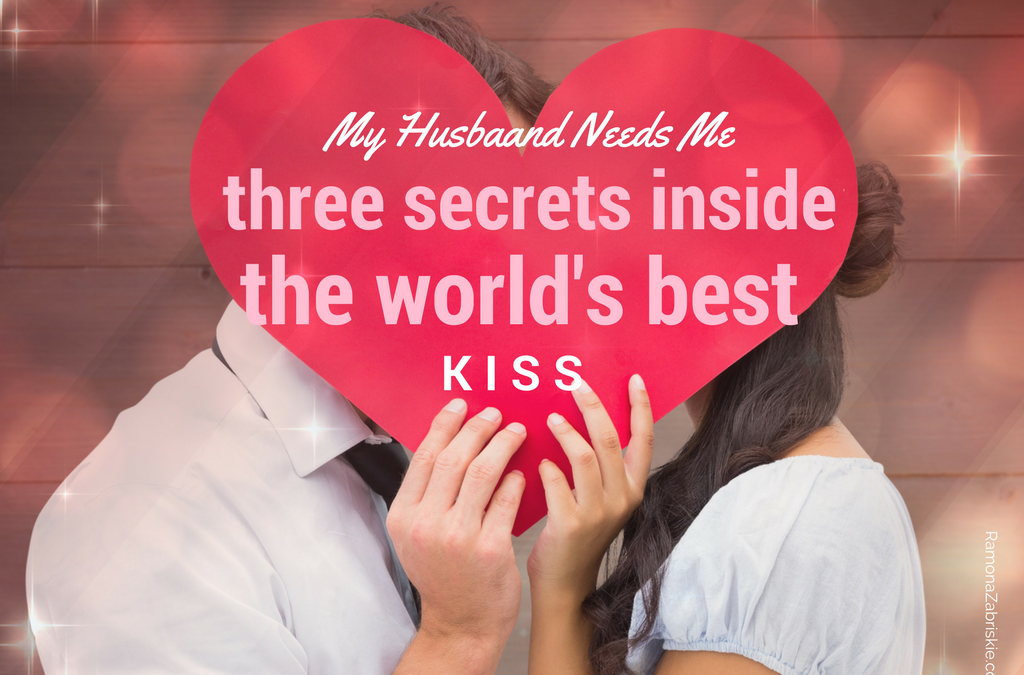 I remember the kiss. I remember the exact kiss, which came fully, passionately, in a tirade of kisses. The difference in this particular kiss was its shocking tenderness, its red-hot delicacy. I pulled back and gasped. In holy agony, somewhere between fear and elation, my husband begged for more. “Golly!” I thought. “Where did this come from?” But I knew. This kiss had been months in the making.

Earlier that year, in pursuit of a professional certification, my man had been begun preparing for an intense immersion course that encompassed a vast amount of highly technical knowledge. The fact that those who passed the six-hour test had spent their entire education and career in the field, while he was relatively new to that body of knowledge, stacked the odds hugely against him. But, like biblical David, he eventually took his shot.

The whole process filled me with ache and awe, truly something for a wife to behold: her man determined and magnificent. It was also heartrending to see the after-effects: the weight of the commitment, the pressure of investment, and the uncertainty of success doing their best to derail his hopes and dreams.

I did all I could to distract and build him up as weeks passed without word of the results. And when he dropped his slingshot, I picked it up and tucked it back into his belt. Then, finally, months after taking the test—he burst into the room, breathless, shoving the screen of his smart phone in my face. There it was: the long-awaited email with his score. My man had slain his Goliath. I wrapped my arms around him and we actually cried—together.

And it was together that we celebrated later that night; the night of my revelatory kiss, the one that left all the others behind. Then and there, the world opened up and I apprehended my husband.

The realization sank deep. The plainness of it filled my soul. Its simple beauty turned me inside out. With one full-throttle kiss, my man had let down his defenses and exposed his raw, ravenous dependence on me. Just as surely as if he had sliced open his chest and handed me his heart, I knew in that moment that I held his every hope…his every hurt…his every opportunity.

Inside that enlightened paradigm, I regretted that for too long I had been thinking of my husband’s quest as somewhat egocentric, as if the proverbial world revolved around storybook him. Now however, the secrets about his “why” for needing me–and how those secrets related to his quest– became crystal clear…

From that moment on, from that kiss, our relationship (which at one time was on the brink of annihilation), catapulted from good, to great, to grand—even though he never actually confirmed with words that I was like air and water to him. Instead, he gave me kisses—lots and lots of those over-the-top kisses, relieved beyond words that I finally understood that his why for living is the same as his why for loving.

Inspiring wives are cherished by their husbands. Watch Ramona Zabriskie’s on-demand webinar: YOUR POWER TO SUCCEED IN MARRIAGE: 2 1/2 hours of proven principles and remarkably effective strategies for overcoming differences, building intimacy, and creating the marriage of your dreams: absolutely FREE.

Ramona Zabriskie, a wife of 41 years, is the multi-award winning author of Wife for Life: The Power to Succeed in Marriage and the celebrated marriage mentor and global educator of the 5-star WifeSavers Podcast, the WifeSavers Education Membership, and the acclaimed one-of-a-kind virtual school for women, Wife for Life University. Turn your marriage around in a thrilling way with her new free ebook, 5 Lies We Tell Brides and 5 Truths That Save Wives.
Share92
Tweet
Pin2
94 Shares