If You Want to Transform Your Marriage in 2019, Focus On THIS 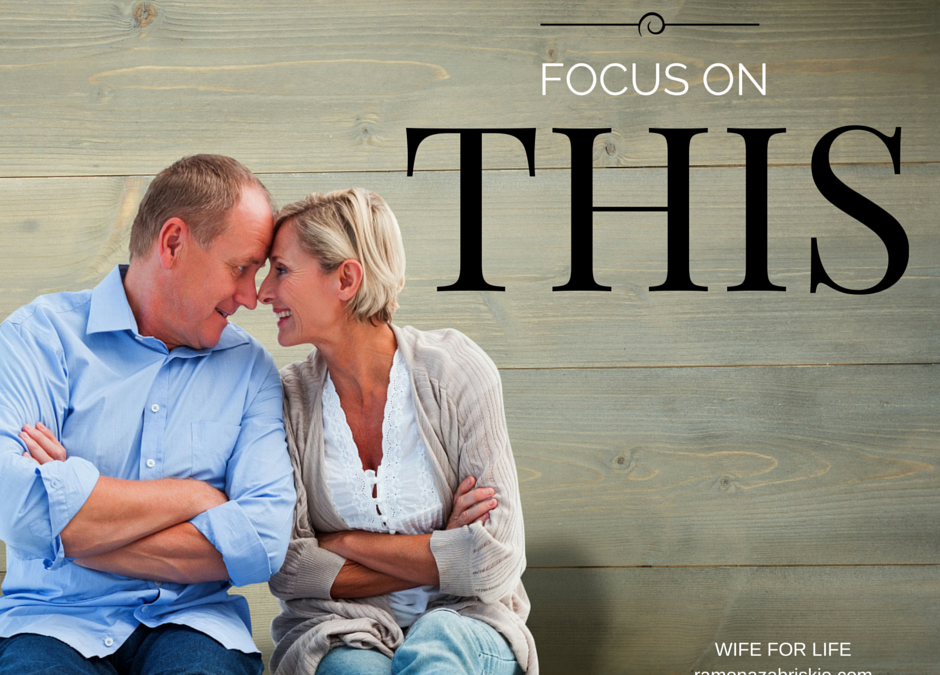 There he stood, in his underwear, stuck in the doorway between the bedroom and the bathroom. He’d been on his way to floss when he picked up the distress signal coming from the other side of the room: a little sigh in the middle of my string of words. He immediately stopped in his tracks, turned around, raised his eyebrows, and cocked his chin at me. Woah. His instantaneous compassion made me stop in my verbal tracks and stare back at him in wonder. I didn’t know whether to weep or giggle. Does he, I marveled, really care about my diatribe? So much that he’d stand still in the chill and wait it out?

He did. He did stand still—right there in that doorway—without begging or bailing out for a good fifteen minutes. Why? Because my aching heart was more important to him then his chilly, aching back.

What my good husband did for me is called “turning toward” and it is THE secret to a successful relationship. According to Dr. John Gottman, premiere researcher into what makes marriages succeed or fail, it is critical that your partner feels certain that you are there for them. “Turning toward” is not about doing things for each other necessarily; it’s more about teeny-tiny-pocket-sized responses to everyday situations: responses that communicate “I love you” by showing “I’m here for you honey.”

Let me illustrate how simple “turning toward” really is. I’ll use examples from my book, Wife for Life: The Power to Succeed in Marriage that contrast turning toward, with turning away and turning against:

Spouse suggests doing something together:
Against: “Are you kidding?”
Away: “Ah…hmmm. How about [new idea] instead?”
Toward: “Sounds great. What do you want to do?”

Spouse says he’s/she’s worried:
Against: “You never ask if I’m worried and I’ve got lots more to worry about than you.”
Away: “Tell me later.”
Toward: “What is it, baby?”

Spouse comments on something on TV while you’re on the computer:
Against: “Can’t you see I’m working here?”
Away: Grunt.
Toward: (looks up) “Interesting. Why do you say that?”

Spouse finishes a fix-it job you asked for:
Against: “I hope you didn’t make it worse again.”
Away: “Finally.”
Toward: “Fantastic, honey! How did you do it?”

Spouse wants to be physically intimate:
Against: “No way.”
Away: “We’ll see. Maybe tomorrow.”
Toward: [Fill in the blank.]

Yes! He is “here for me.” I will never forget the flood of affirmation and security I felt last night when my Honey focused solely on me for fifteen minutes, standing when he’d rather be sitting, undressed when he’d rather be dressed, looking animated when he just wanted to close his eyes and sleep. I’m still lit up inside.

Like the star on the Christmas tree I just took down, he’s got to be at the top…
…and know it.

Leave a comment on this post to be entered to win! All thoughtful commenters between now and 11:59m PST January 31st, 2019 will be entered in a RANDOM.ORG drawing for a complimentary DINNER AND A MOVIE for you and your spouse. (Use it for Valentines!) Come back and comment on all posts published in January to better your chances! Each new comment will count as an entry (one per post please).

Ramona Zabriskie, a wife of 41 years, is the multi-award winning author of Wife for Life: The Power to Succeed in Marriage and the celebrated marriage mentor and global educator of the 5-star WifeSavers Podcast, the WifeSavers Education Membership, and the acclaimed one-of-a-kind virtual school for women, Wife for Life University. Turn your marriage around in a thrilling way with her new free ebook, 5 Lies We Tell Brides and 5 Truths That Save Wives.
Share169
Tweet
Pin1
170 Shares