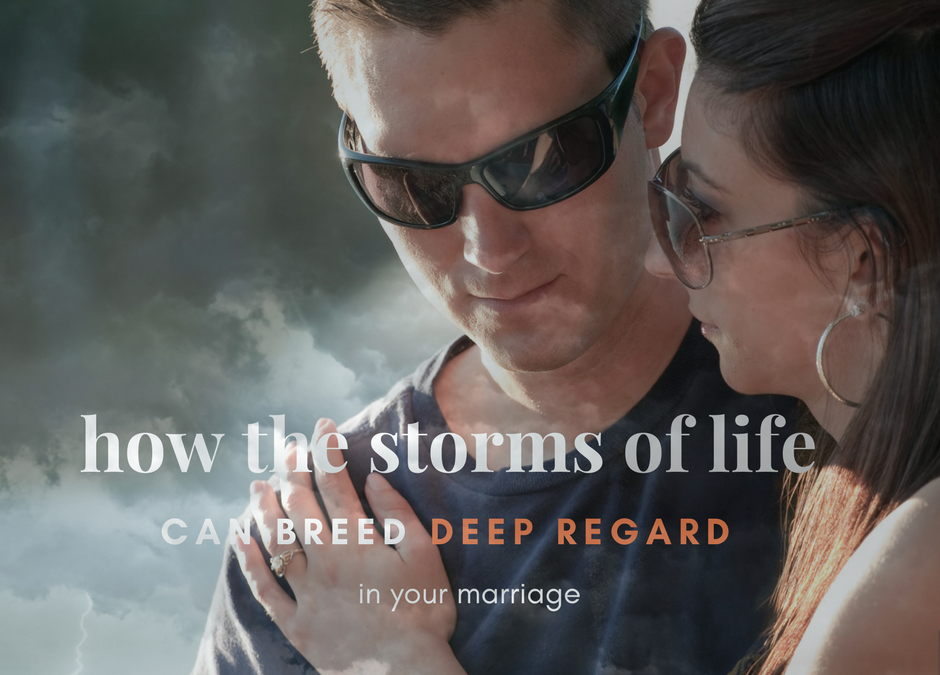 “No man knows what the wife of his bosom is until he has gone with her through the fiery trials of this world.” Washington Irving, American author

One day, over thirty years ago, I was with a group of young mothers like myself when I realized that I had an opportunity to get some much-needed support. I suddenly blurted out, “I’m afraid my baby will never grow up.”

The other young mothers looked shocked. They immediately dismissed my disconcerting premonition with a round of, “Ohhhh, don’t worry. You’re just a brand-new mom.” One woman patted my hand and the other pulled back the quilt around my Ashley’s infant face: a countenance as lovely and flawless as Snow White’s.

“They’re right. You don’t need to worry,” she whispered. “Your little girl is perfect.”

But within a year, my suspicions were confirmed. Doctors told us that because of Ashley’s intellectual and physical limitations, she would never walk or talk. Dale and I held each other and cried.

Though some might call it a tragedy, I’m going to call what we have experienced with Ashley—like many other potentially devastating situations—a trial. Living through precarious circumstances has tried us again and again; in other words, it has given us a chance to prove ourselves to ourselves. There have been innumerable occasions when I felt beyond exhausted caring for Ashley while I was pregnant with, or raising, three other children in addition to work and responsibilities outside the home. Dale has often returned from his business totally spent, only to face a pile of medical bills and a mountain of household demands—as well as a wife who needed relief from heavy-duty caregiving. We were able to push through all that, in addition to other upheavals, because we finally accepted that if there is one thing you can expect from life, it’s the unexpected. Once we stopped looking for someone to blame, including each other, we could brace each other.

I remember one poignant episode that helped us learn this lesson—a night that, while it robbed us of life, taught us about life.

My pregnancy had been going fine, yet here I was, nearly five months into it, shocked at having just experienced an involuntary, spontaneous miscarriage. Dale, the only other human being present, looked at me through a waterfall of grief and anguish. In that exquisitely personal moment, something passed between us. The English language cannot describe it adequately. The best I can come up with is deep regard.

Deep regard goes far beyond respect and is different than love. It is a direct product of facing challenges and adversity not only together or at the same time, but as one. If a husband and wife agree to sink or swim in tandem, to stand by one another despite fear and pandemonium, the unexpected will cement their relationship instead of breaking it up. It takes courage. It takes guts. It may take everything you have to give: I’ve been lifting, showering, dressing, toileting, and feeding my daughter, as well as acting as her voice and her advocate for over thirty years while Dale has worked as many jobs as required to pay for her therapy and care—but you cannot give up on one another during the trials of life if you want a grand marriage.

If there is any legacy from our own marriage that we hope to pass on to our children’s marriages, it’s the attribute of deep regard; the belief that it is actually possible benefit as a couple from life’s trials. And so far, so good. Each of our children and their spouses has experienced (and will continue to experience) tempest and adversity of the most demanding kind — the toughest life has to offer — and though we are sometimes drenched in worry, we wring out our hearts as they do, and as a family, survive storm after storm, sometimes literally. Only this week, our Florida children are out running Hurricane Irma, while our Pacific NW family is facing down the Columbia River firestorm.

Ramona Zabriskie, a wife of 41 years, is the multi-award winning author of Wife for Life: The Power to Succeed in Marriage and the celebrated marriage mentor and global educator of the 5-star WifeSavers Podcast, the WifeSavers Education Membership, and the acclaimed one-of-a-kind virtual school for women, Wife for Life University. Turn your marriage around in a thrilling way with her new free ebook, 5 Lies We Tell Brides and 5 Truths That Save Wives.
Share62
Tweet
Pin
62 Shares