A Marriage Fit for a Queen: Victoria and Albert 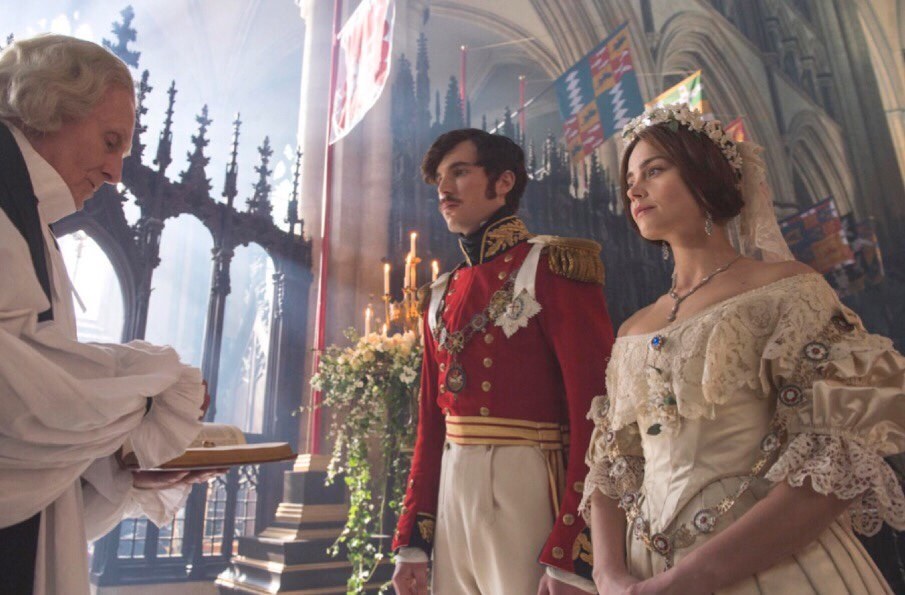 “I was awoke at 6 o’clock by Mamma …who told me the Archbishop of Canterbury and Lord Conyngham were here and wished to see me. I got out of bed and went into my sitting-room (only in my dressing gown) alone, and saw them. Lord Conyngham then acquainted me that my poor Uncle, the King, was no more, and had expired at 12 minutes past 2 this morning, and consequently that I am Queen…” -Alexandrina Victoria; 24 May 1819 – 22 January 1901

Walking through Westminster Abbey in Central London is something like shouldering your way through a very crowded, very solemn assembly of famous people; their names whispered in stone, rising from floors to ricochet off cathedral ceilings. On our fourth day after moving to Europe in 2010, Dale stood and cried at the foot of Handel’s grave while I sat in a stupor beside Austen, Bronte’, Dickens, and Shakespeare. Together, we gazed up at fallen soldiers and then bent over scientists and statesmen. Weaving our way through this host of monumental human beings inspired and trivialized us. Where do we fit in? Of what value are we to our fellow man?

Shakespeare wrote: “…some are born great, some achieve greatness, and others have greatness thrust upon them.” I think perhaps the truly “great” come to it through a fateful combination of all three.  Victoria, Queen of the United Kingdom, for instance, was ‘born’ in line and ‘thrust’ into place at only eighteen. However, her ‘accomplished’ greatness came after she married–and subsequently made a real partner of–a man whose name became synonymous with hers: Francis Albert Augustus Charles Emmanuel or, as officially titled, Prince Albert. Their reign and romance are considered a zenith in Great Britain history and their love affair makes becoming a queen seem a doable, if not an envious objective, if a man such as Albert can be your partner.

Victoria died nearly forty years after her beloved. She was England’s longest reigning royal and the most commemorated and among the most prolific: her posterity serve in monarchies from one corner of Europe to another: yet all she asked for was to be buried beside Albert, dressed in white, wearing her wedding veil instead of her crown.

Their story has haunted me ever since we lived in London. I sensed Queen Victoria and Prince Albert in England’s most elegant places–tangible and imagined; exemplifying this sweet truth: that the essence of a virtuous romance can be felt everywhere and for eons to come; that its beauty and solidarity will affect all who come to know it, as well as all who descend from it; and that the world needs, even craves, mature, splendid marriages–for authentic lovers give the rest of us courage to live through, and up to, our promises.

Holding Dale’s hand as we exited the Abbey, I began to muse how he and I will never be important anybody-s in this life, not by these standards. No ornate crypts or elaborate epitaphs for us. And yet, if a woman can adore her husband with all of her heart, and inspire him in turn, to adore her with all of his (and visa-versa); if together they can nurture that devotion through grand and grievous days until they are lain down with age; is that not one of life’s greatest attainments?

Best Imagination Recommends: Victoria (PBS Masterpiece Theatre) and The Young Victoria (GK Films, 2009). Both are superb in their production quality and in the telling of Victoria and Albert’s true story.

Ramona Zabriskie, a wife of 41 years, is the multi-award winning author of Wife for Life: The Power to Succeed in Marriage and the celebrated marriage mentor and global educator of the 5-star WifeSavers Podcast, the WifeSavers Education Membership, and the acclaimed one-of-a-kind virtual school for women, Wife for Life University. Turn your marriage around in a thrilling way with her new free ebook, 5 Lies We Tell Brides and 5 Truths That Save Wives.
Share
Tweet
Pin
0 Shares