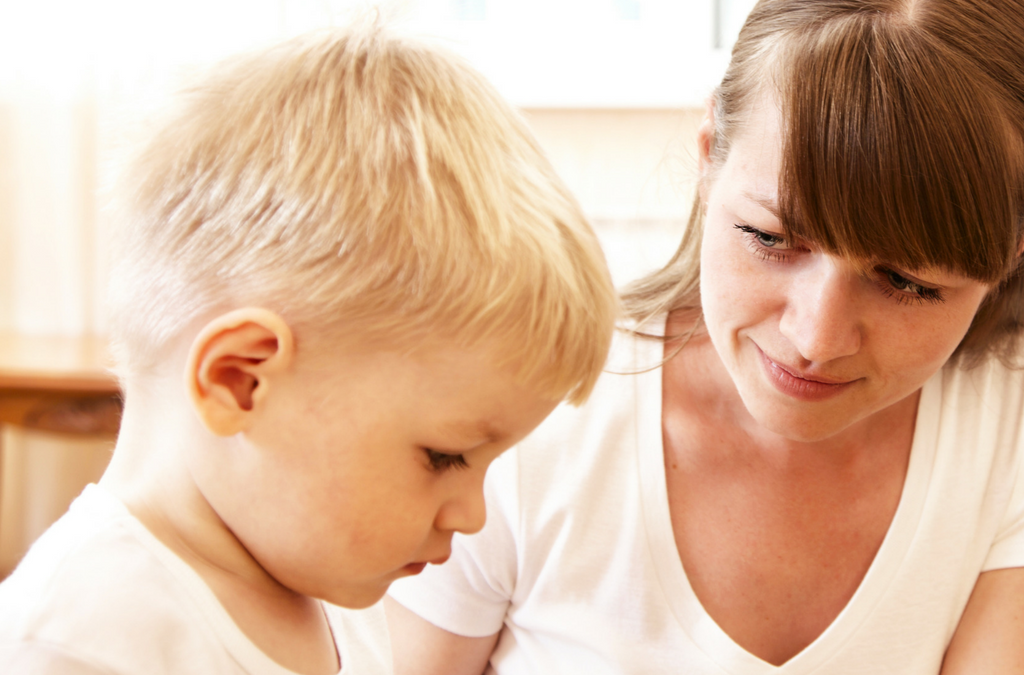 With Halloween approaching, I thought it was time to revisit the subject of FEARS, particularly as they relate to the masculine insecurities that so few of us know so little about. In this personal essay by my amazing team member, Deb Ostrom (who is also a very brave wife and mother), we get a precious glimpse into the inner life of her son, which, you can bet, is very akin to what is going on inside her husband’s heart as well… ~ Ramona

“It may seem strange or unfortunate or irritating to you, but most men are not comfortable with emotion in the same way women are. Neither are they insensitive brutes. Your man feels things very deeply; it is just that he is wired to respond to emotion differently from you… while you as a woman are wired to talk about feelings, he is programmed by Mother Nature to do something about them. That biological directive is the most overwhelming during intense emotion; in fact, a Nice Guy will shut off, quit talking, or withdraw, rather than act in a way that he is afraid would be harmful or hurtful to you.” Ramona Zabriskie, Wife for Life: The Power to Succeed in Marriage, Chapter 8: What Are Husbands Afraid Of?

This lesson struck home in a very real way earlier this year when one of my sons was having a rough day. I can’t remember the details of what was going on but it was just one of those days (we had been having a lot of them). He is only seven and has a well-known reputation for being one of those kids that causes pre-mature grayness. He can be amazingly bright, funny, helpful, and loving, but he is also jam-packed full of energy and stubbornness that can sometimes be exasperating – to say the least.

When I finally realized that going the rounds with each other was going nowhere, I sat him down on the couch and tried to help him to help me get to the bottom of the whole thing. Eventually he calmed down enough to consider my suggestion that he draw me a picture about what was wrong (he loves art).

With pencil and paper he began to draw what looked like a comic-story. It began with a picture of me facing a door, then a picture of him dressed as a knight standing beside me. He told me that if I wanted to get past the door I would need a key, but I had to be really sure that I wanted to open the door because there was a monster behind it, and he wasn’t sure if I should see the monster. I was relieved he was finally talking, but his seriousness was too adorable. With my best poker face on, I told him it was okay; I could be pretty brave sometimes: I wanted to see.

He went off for a bit and then returned with another picture. This one showed him as the knight helping me unlock the door and face the monster. He would go with me, he said, to help me and to make sure I would be okay. With that, he was ready to explain “the monster” to me…

…which turned out to be a bunch of negative emotions that  he was feeling at the time; insecurities, that to him, were very scary and very dangerous; and he was concerned about protecting me from them so I wouldn’t get frightened or hurt.

My heart melted like a pile of warm pudding.

As Ramona teaches us in Wife for Life, my son’s biological response to his negative emotions had been to act. Since he was too young to be able to fully understand what he was feeling and too young to determine what action would solve his problem  exactly, he had been acting-out in a way that was counter-productive and frustrating. It had never been his specific design to hurt me or to make my life miserable.

I consider myself extremely fortunate to have had that inner glimpse into my son’s heart. It helped remind me of three key principles as it generally relates to many men and boys and emotion:

1. The men and boys in our lives do have strong emotions that they are dealing with every day and that it isn’t easy for them.

2. By the time boys reach adulthood, they have hopefully  learned certain skills to help them process things in their own way. For many, fishing, running, chopping firewood, fixing the house, playing video games, mowing the lawn, or rebuilding a car are the kind of activities that actually allow them to release emotion in ways that “protect” you (in his mind) from harmful action or from the unsettling knowledge of his fears or negative emotion.

3. As a wife (and mother), I know I can do a lot to help if I respect my guy’s way of processing (or releasing) emotion instead of invalidating it. In fact, I’m on my man’s (or boy’s) side of the fight when I grant him the time and space he needs to deal with his emotions, and when I’m okay with the fact that he may not always want to open up to me verbally.

If I can keep those three insights in mind and practice respect and patience in my relationships with the men and boys in my life, then I increase the likelihood that my guys (those knights) will occasionally come to me of their own volition, and, maybe, every once in a while, when conditions are just right…

take me by the hand and grant me a glimpse of the very real, ever present, monsters behind the door.