He’s Very Afraid: The Four Things That Scare Your Man The Most 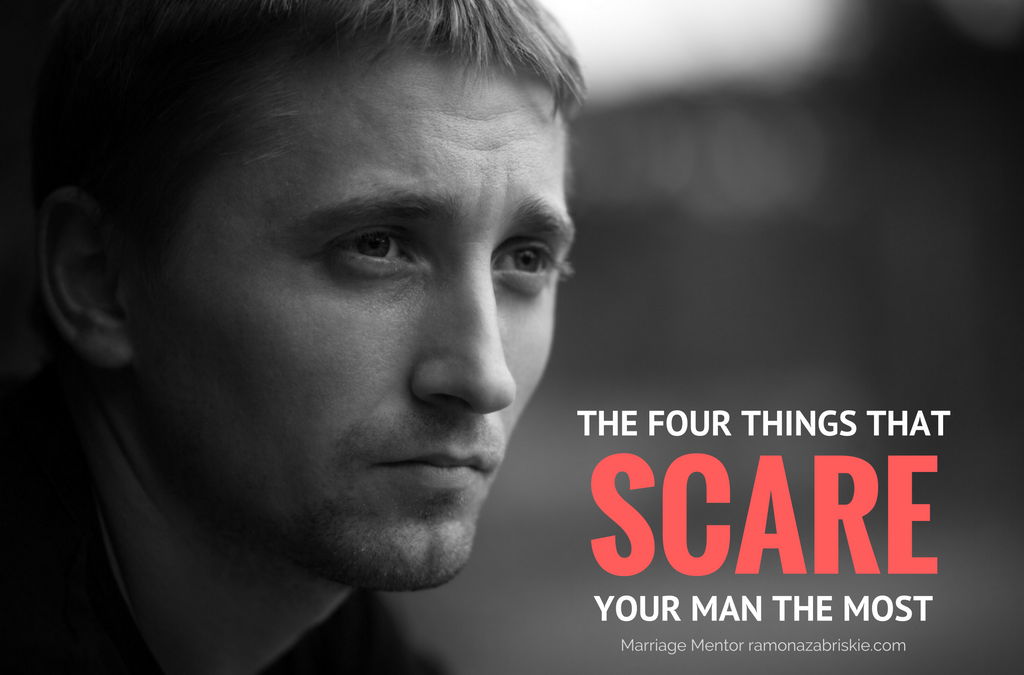 A guy wearing a tool belt had just delivered a certified threat from the electric company. With deep foreboding, I took the envelope to my husband at his desk. He slit it open and stared at the contents. The red print bled through so that I could make out the numbers, even from the other side of the desk. Our eyes met. He looked at me intently, in a peculiar way, as though he was torn between crushing me to his chest or hiding behind his desk.

Then, the strangest thing happened.

And suddenly I comprehended, like never before, the immense burden my husband carried—just because he was a man, and a family man, at that.

That eye-opener (after I got over the scare) established a new empathetic undergirding in my relationships with men—especially my husband, of course. It also spurred me into another of my research projects: What are men afraid of? I wanted to understand that vulnerable part of my husband, a part I knew he would never, could never, verbalize to me.

Now, don’t let the revelation that he’s as scared as you are, push you over the edge. Clueing into my husband’s heart all those years ago actually empowered me and still does. Though our insecurities differ somewhat (feeling unwanted as opposed to feeling useless, for instance), my four decade effort to soothe his worries rather than stir them up, has been well worth it. Just like that electric bill from long ago, this wife has been paid-in-full many times over by a grateful man who has matured into his best, most loving, most courageous self.

This article appeared originally on GalTime and Huffington Post